Travel in the Honeys of Irpinia 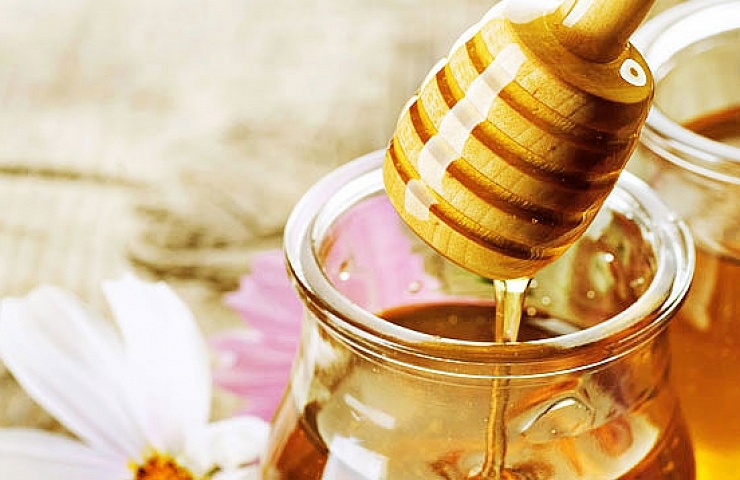 Particular weather and territorial conditions make Irpinia rich of numerous vegetal species useful for the bees: from the spontaneous blooming, to the forages and the fruit trees. Therefore, multiple qualities are obtained, which make the honey of Irpinia one of the most sought-after both for the daily diet and as excellent ingredient in the preparation of desserts.

Millefiori includes all those honeys for whose production the bees have used the nectar of various species of plants. They can originate from a prevalent botanical species, accompanied by a constant group of other species; or by numerous vegetal essences, such as in the spring honeys, for which it is possible to go back to the origin of a determined aroma, even if the result is extraordinary as well. In many zones, the produced multi-flower honeys present exclusive and constant characteristics that make them easily identifiable as well as for the single-flower honeys.

The single-flower honey comes mainly from a sole botanical species and is sufficiently characterized to be recognizable.

It is the honey mainly produced in the province of Avellino and is very appreciated by the lovers of intense tastes. It is eaten pure or with curd cheeses. It is liquid with a very slow crystallization, not always regular, with a more or less dark amber color, with reddish/greenish tonalities in the liquid honey, brown if crystallized. Of intense or really intense smell, very characteristic, aromatic, pungent, acrid, green, of wood, of tannin, phenolic, bitter, of boiled chickpeas, of wet cardboard, of castile soap in its taste; little sweet, usually acid; decisively or highly bitter.

It is one of the most known and appreciated honeys, because it puts together the consumer’s most appreciated characteristics: permanently liquid physical state, light color, very delicate smell and taste and high sweetening power. In the purest samples the smell, slightly floral, can recall the perfume of the locust tree flowers, of new wax, of cooked pear, delicate aroma, typically with a scent of vanilla; little persistent.

Today its production is lowering because of the reduction of the cultivation of this forage, due to the change in the systems of breeding and agriculture. It is a honey that spontaneously crystalizes some months later the harvest, from almost colorless to straw yellow when liquid, from white to pale beige when crystalized. With a weak smell, which in the purest and most characteristic samples can be described as slightly vegetal, generic of honey, straw or dry grass; vegetal aroma, of green legume (green bean), of hay, recalls the fresh walnuts, dates, nougat.

Honey of honeydew of Metcalfe.

The Metcalfe is an insect that feeds of vegetal lymph, producing a sugary substance, the honeydew, which is collected by the bees that turn it into honey. It is a honey that remains liquid for long, generally very viscous, stringy, from dark amber to almost black if liquid, brown if crystalized. It has a characteristic smell of average intensity, vegetal/fruity, of tomato preserve or puree, of cooked fruit, of fig jam; a little sweet taste; acid from normal to strong; salted from imperceptible to clear; slightly astringent.

Even if it is a secondary production, the borage honey, above all in the seasons characterized by rainy springs followed by sunny periods, results to be produced in interesting quantities. Produced from the nectar of the widespread plant of Borrago Officinalis, has pale color tending to white, of delicate and rather weak taste, a weak smell, with a very compact crystallization. It has a sedative and depurative action that makes it particularly indicated as sweetener for infusions.

In Irpinia it is produced exceptionally. In some years, when the flowering is particularly intense and the weather conditions are favorable, where the cultivation of the cherry tree is diffused, the single-flower honey can be produced. The color is rather variable from very pale to dark amber. It presents smell and aroma of medium intensity, characteristic, which recall those of the stone of the cherry, the caramelized sugar, the almond crunch.

Honey produced, in very limited quantities, in some zones of the Ufita and High Irpinia where the alessandrino clover is cultivated for the production of forage. It is a very clear honey with little intense smell and aroma and a light vegetal note.

This travel of the taste is often associated to the cheeses of Irpinia and passes through the four corners of Irpinia, the valleys of the Sabato, the Calore, the Ufita and the Ofanto – Sele, which include little communities able to preserve ancient knowledges transformed with mastery into timeless delights of the palate.