The buffalo milk ‘mozzarella’ of Campania 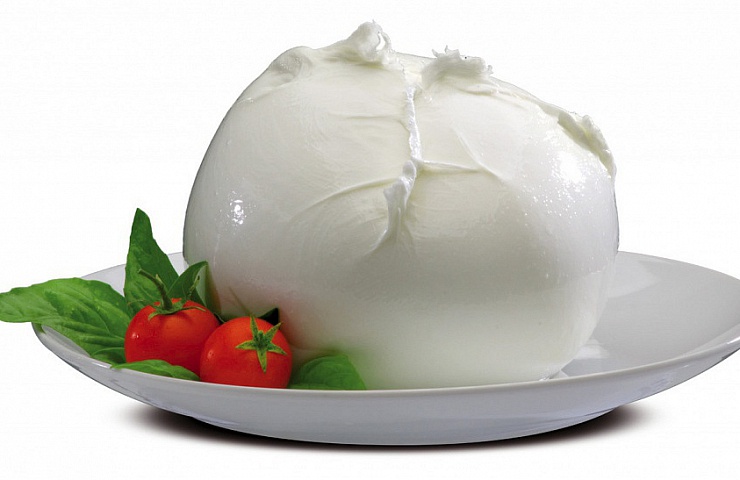 Have you ever wonder when and where the mozzarella is born?

Being the mozzarella a typical product of Campania, the common thought makes us believe that it is born in Campania! Nevertheless, we discover that the things have not exactly gone in this way… 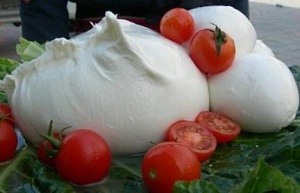 The term ‘mozzarella’ is very ancient: we find it mentioned for the first time in a cookbook published in 1570 by Bartolomeo Scappi, cook of the Pope’s court. Talking about the above-mentioned mozzarella, Bartolomeo writes in his book: ‘… milk head, fresh butter, flowered ricottas, fresh mozzarellas and milk snow…’.

An earlier document, of the XII century, testifies that the Benedictine monks of Saint Lawrence in Capua used to offer, in the occasion of some religious feast days, a piece of this cheese called ‘mozza’ (cut off) for ancient tradition… thus, let us imagine that the mozzarella is elder than what we think!

A further confirmation is given by the term ‘mozza’, of which the farthest certain mention dates back before 1481 by the Florentine Giovanni di Paolo Rucellai. This term comes from the practice to cut off, that is, the manual operation of throttling the mass of handy spun paste to obtain the characteristic balls. Even if the denominations (mozza or provatura) varies according to the age and the parlances, a fact seems sure: all this denominations have wanted to indicate always the today called ‘mozzarella’, that is the principal and most appreciated product obtained from the buffalo milk.

The real curiosity is that in Campania only after the importation of the buffalo in the XIII century, they started to transform the milk of this bovine into ‘mozzarella’.

This practice developed on larger scale in the XVII century, until to arrive to the current large production in the zone of the buffalo milk mozzarella: Paestum, Eboli, Battipaglia and Naples are today the main towns of production of the soft, white and ancient ‘mozza’!