The specialty of Cetara, an heir of the Garum 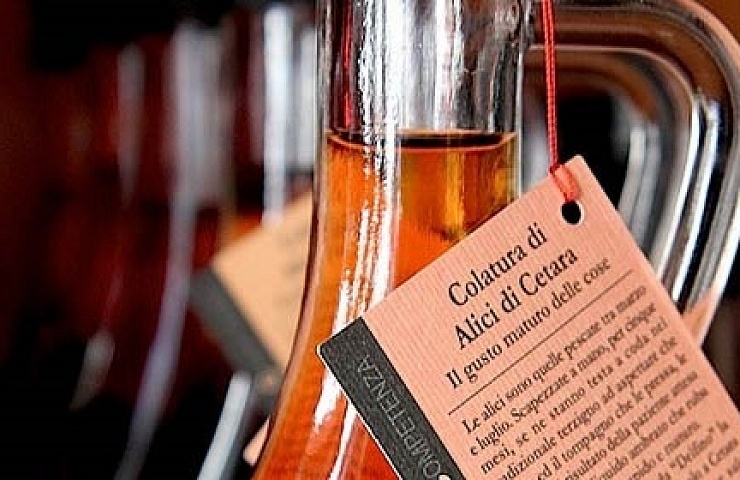 A unique specialty, the Colatura di Alici of Cetara is a direct heir of the garum, the fish sauce whose strong taste characterized the cuisine of the ancient Romans.

Cetara is an ancient village of anglers in province of Salerno, still today characterized by an economy concentrated on fishing and artisanship. In Cetara, it continues to be present in its culinary tradition, the colatura di alici (straining of anchovies), heir of the Garum, a dish described by Pliny and Horace as a creamy fish sauce obtained making macerate alternated layers of little and entire fishes, probably anchovies and bigger fishes, cut in pieces, maybe mackerels or tunas, with layers of chopped aromatic herbs, all recovered with cooking salt. The colatura di alici that is produced in Cetara is an amber liquid obtained following an ancient procedure that the local anglers have handed down from father to son.

The first step is the technique of making of the anchovies under salt, of which the colatura is the derivative.

The just caught anchovies, during the entire spring, are deprived of the head and the entrails and then put in a container, sprinkled with abundant sea salt for 24 hours. After the first salting, they are put in a little barrel, the terzigno, and placed with the classic technique ‘head-tail’ with alternated layers of salt. Finished the work, the terzigno is covered with a wood plate, on which some weights are put.

As an effect of the pressing and of the maturation of the fish, the liquid secreted by the anchovies starts emerging on the surface. This liquid is the basic element for the colatura. Progressively gathered, little by little it is inserted in big glass bottles and exposed to direct sunlight for about four or five months, so that the water evaporates and the concentration increases and, generally between the end of October and the beginning of November, all is ready for the latest phase: the gathered and stored liquid is poured once again in the terzigno where the anchovies have remained in maturation. Therefore, slowly pouring through the various layers of fishes, it brings the best of the organoleptic characteristics. It is recovered from a hole specifically made in the terzigno, transferred into another container and filtered with the use of linen clothes, called cappucci.

The result is a limpid distillate of dark amber color, almost dark-mahogany, with a strong and rich taste that in Cetara is the traditional condiment for the spaghetti of the eves, in addition to bruschetta, Christmas broccoli and other vegetables: traditionally considered a poor food, substitute of fresh fish, today it is a much sought-after condiment, appreciated at all levels.