Santa Chiara in Naples: the feast, the monastery and the loaf 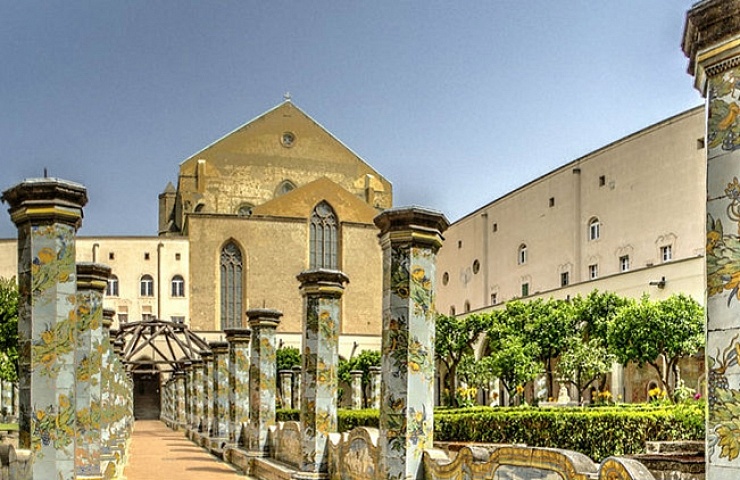 In ancient times, for the feast of Santa Chiara (Saint Clare) in Naples, people used to prepare and eat a kind of pizza called, in honor of the Saint, ‘Pagnotta di Santa Chiara’ (the loaf of Saint Clare).

It is a kind of dumpling, prepared with flour, mashed potatoes, yeast, lard and pepper, handy kneaded. The stuffing is made up of cherry tomatoes and anchovy fillets, cooked with oregano and parsley. The dumplings, cooked in wood oven, in ancient times were eaten in all the houses. Today, their homemade preparation has a little fallen into disuse, but they can be bought in the typical fried-food shops of the old town center.

The making of the Loaf of Saint Clare has the following phases: kneading of flour and potatoes, previously boiled, peeled and mashed and addition of sourdough yeast. Leavening for about two hours. Separately, tomatoes and anchovies for the stuffing are prepared. Remanufacturing of the pasta and making of disks of pasta on which putting the filling. Cooking in wood oven. 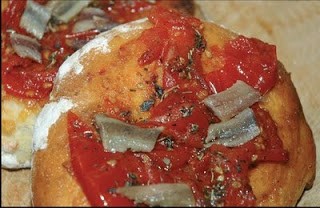 Placed in the old town center of Naples, in the shelter of the wonderful Piazza del Gesù, there is the famous Majolica Cloister of the Monastery of Saint Clare and its Monumental Complex. A walk in the alleys, tasting a loaf of Saint Clare, waiting for admiring the majolica of the Cloister, is undoubtedly an experience to live…