The Chestnut of Roccadaspide, flagship of Campania 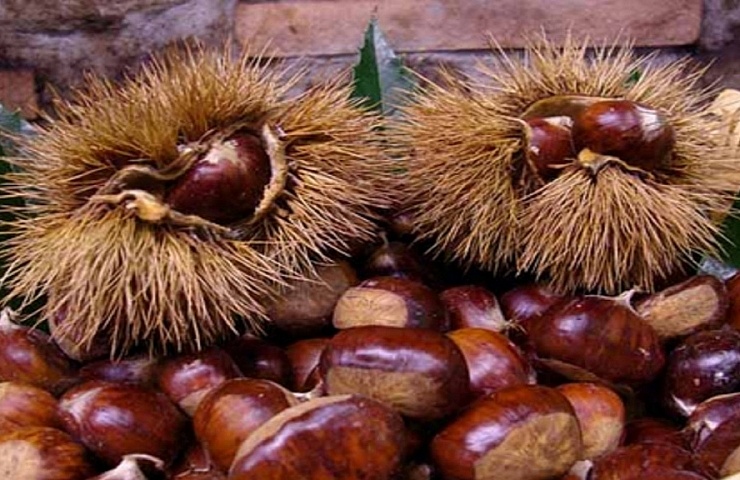 Marked sweet taste, robust, crunchy texture and little floury: the Marrone of Roccadaspide is a real flagship of Campania.

Vast territories of Cilento have favorable conditions for the cultivation of the chestnut tree, such as territories with acid reaction, or at most neutral, of volcanic origin.

The chestnut groves present in hill and medium-mountain areas benefit from a water supply, due to the weather events. In these environments, also the rather low temperatures favor a high production of fruits of excellent quality.

Moreover, it is impossible to avoid highlighting that the most part of the territory interested by this cultivation is part of the National Park of Cilento and Vallo di Diano. This means that it is an area with a marked environmental value. Therefore, the Chestnut of Roccadaspide is considered among the best chestnuts produced in Campania, not only for the intrinsic quality of the type, but exactly for the territory and the favorable weather that contribute to exalt the qualitative level of the product.

From the nutritional dietetic point of view, it is particularly significant for its content of carbohydrates, while the protein content is low.

The Chestnut of Roccadaspide is mainly used for the production of marrons glacés, marmalades, chestnuts with rum, even if they remain interesting as well for the fresh market, to be used as roast chestnuts or for the preparation of the chestnut cake.