The Limoncello: taste, tradition and legends 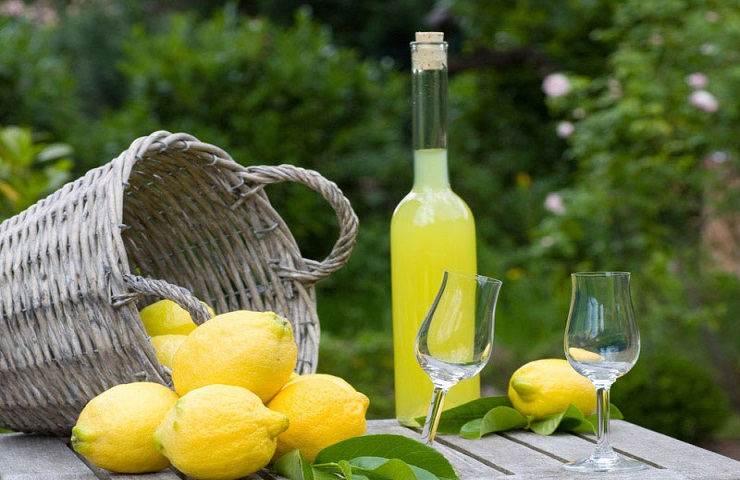 Campania is a land very rich in history and traditions, not only for the monuments and the architectures or landscape beauties, but also for its food and wine.

In fact, many are the local products known and appreciated all around the world and, among them, one of the most loved is surely the famous Limoncello.

The story of the Limoncello is rather complex and cloudy and winds through a series of anecdotes and legends, while its paternity is contended among the people of Sorrento, Amalfi and Capri. In Capri, someone affirms that its origins are connected to the events of the family of the entrepreneur Massimo Canale who was the first, in 1988, to register the brand «Limoncello».

Anyway, the liqueur was born at the beginning of 1900 in a little hotel of the Isola Azzurra, where Mrs. Maria Antonia Farace took care of the luxuriant garden of lemons and oranges. Her grandson, during the postwar, opened a restaurant near Axel Munte’s villa. The specialty of that bar was exactly the lemon liqueur made with the ancient recipe of his grandmother. In 1988, his son Massimo Canale started a little artisanal production of limoncello, registering the brand.

However, there are other legends that mix around the famous Limoncello. On the Coast, there are people who tell that the big families of Sorrento, at the beginning of 1900, always gave illustrious guests a tasting of limoncello, made following the traditional recipe of the Limoncello of Sorrento.

In Amalfi, somebody affirms that the liqueur has very ancient origins, linked to the cultivation of the lemon.

Someone states that the Limoncello was used by the anglers and the farmers in the morning to fight the cold, already at the time of the invasion of the Saracens. Instead, others believe that the recipe is born inside a monastery to delight the friars during their prayers.

However, despite the uncertain origins, the Limoncello has surpassed from time the national borders becoming one of the most appreciated liqueurs in the world. For this, it has the necessity to defend itself from the imitations and clarify that for its realization, the use of the original lemon of Sorrento, which has to be produced in one of the municipalities of the territory that goes from Vico Equense to Massa Lubrense and on the island of Capri, is essential.

But, what is the secret of the taste of the Limoncello of Sorrento?

It is surely the yellow and rough peel of the lemon the essential ingredient of a sober and genuine recipe, enriched with water, alcohol and spoons of sugar, because the peel is rich of essential oils and has a strong scent. Then, the time – the lemon has to macerate for about two months – makes the rest. 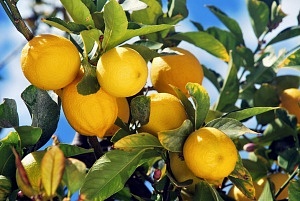 The typical lemons of Sorrento…