Legends and eccentricities of the Pastiera Napoletana 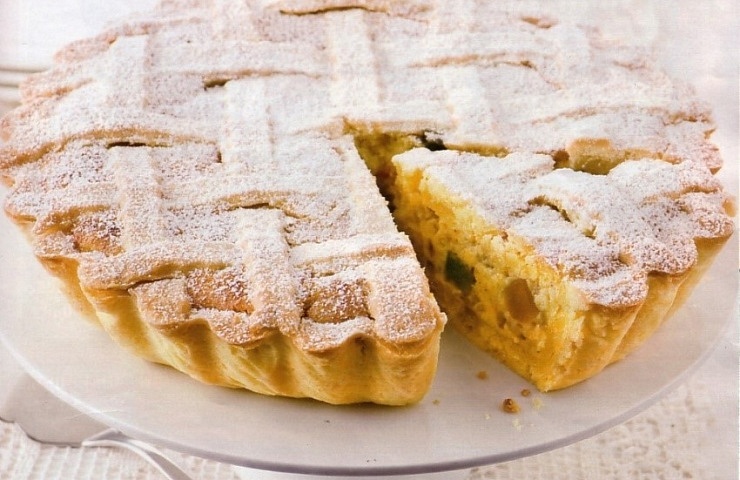 The Pastiera Napoletana has very ancient origins and comes from pagan rituals celebrating the arrival of the spring.

According to the legend, the mermaid Parthenope lived in the wonderful gulf of Naples. Every spring, the beautiful mermaid emerged from the waters to greet the happy people on the gulf, delighting them with love and joy songs.

People, inebriated by her singing, to thank her, brought seven presents to the mermaid, each with a precise meaning: flour, symbol of wealth; ricotta, symbol of abundance; eggs, symbol of reproduction; wheat cooked in the milk, symbol of the fusion of the animal and vegetable reigns; orange blossom, scent of the land of Campania; spices, gift of all the people; sugar, to praise the sweetness of her singing.

The mermaid, happy for so many gifts, sank to go back to her crystalline house and put the precious offers at the feet of the gods. These, inebriated by her pleasing singing, mixed with divine arts all the ingredients, transforming them into the first Pastiera that exceeded for its sweetness the singing of the same mermaid.

Then, the pastiera is entered the Christian tradition becoming the dessert of Easter and is eaten still today. Its preparation is long and laborious. According to the tradition, the Pastiera has to be prepared on the Holy Thursday, also because it is a dessert that tastes even better after some days and can be stored up to ten days, but not in the fridge.

Moreover, the tradition tells about a very particular technique used by the nuns in the Neapolitan monasteries. The nuns had a quite peculiar way of preparation: it was rumored – people’s voice, God’s voice – that the nuns worked the pasta in a rather unusual way: the ones who had glowing buttocks and hips, sat on the dough that had been put on the marble seats of their cloister and, whispering devoted prayers wiggled rhythmically for a long time allowing the pasta to grow blooming.

‘(…) But the queen of all the desserts, born in the peace of the cloisters, is the pastiera. Its origin is very ancient and comes from the pagan rituals to celebrate the arrival of the spring; then introduced in the mystique resurrection of Christ, it has become message of peace and grace on the Easter table. The nuns made a lot for patrician families and the rich bourgeoisie. When the servants went to retire them on behalf of their owners, from the door of the convent that a nun, perfumed of millefiori, opened with caution, a perfume came out, insinuating in the surrounding alleys, and, expanding in the slums, gave consolation to the poor people for whom that heavenly scent was the testimony of the presence of God (…)’.

Loredana Limone ‘The cuisine of the Land of Plenty. Culinary walks with Matilde Serao’.