The delicacies of the Hills of San Pietro 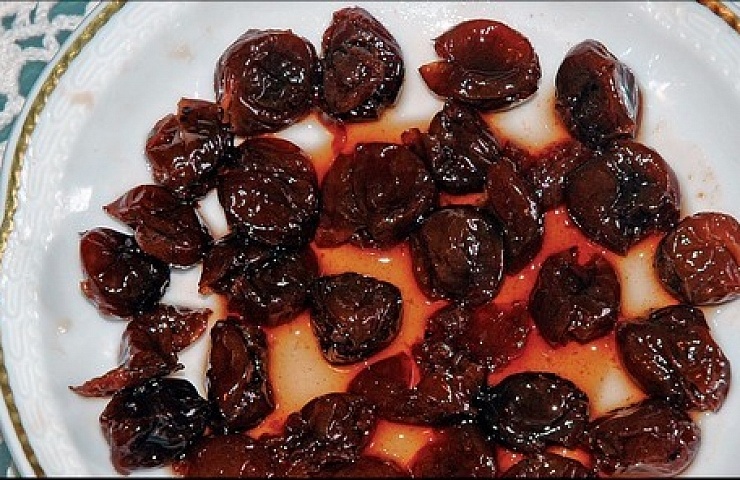 …And then used in the preparation of sweet temptations

In the zone of the Hills of San Pietro, in the Sorrento Peninsula, the black cherries grow up luxuriant; they are cultivated locally and in marginal territories.

The idea to submit the black cherries to a treatment similar to the one used for the preparation of the tomato preserves must be born from the purpose to store them for a longer time. In fact, once mashed, the tomatoes are placed on large dishes and left drying at the sun stirring them frequently, to then be put in bottles or jars inside which they are stored for a very long time.

This technique was successfully adapted also to the black cherries that, in fact, have become a particularly representative product of the zone. The so stored black cherries can be used to make desserts and cookies, while the syrup added with lemon juice is perfect for fresh drinks. Before storing them, the black cherries are deprived of the stone and are put in containers with abundant sugar. The containers are exposed to the sun for some days until the black cherries, turned more times a day, are not completely dried. Only then, they can be stored in hermetically closed jars and being used when needed.

The Dried Black Cherries of the Hills of S. Pietro, prepared according to the recipe borrowed from the preparation of the tomato preserve, have been declared Italian Traditional Food Product, proving the tight bond among the fruit, the technique used to treat it and the territory where it is cultivated.