The dark nugget of the gastronomy of Irpinia: the Truffle of Bagnoli 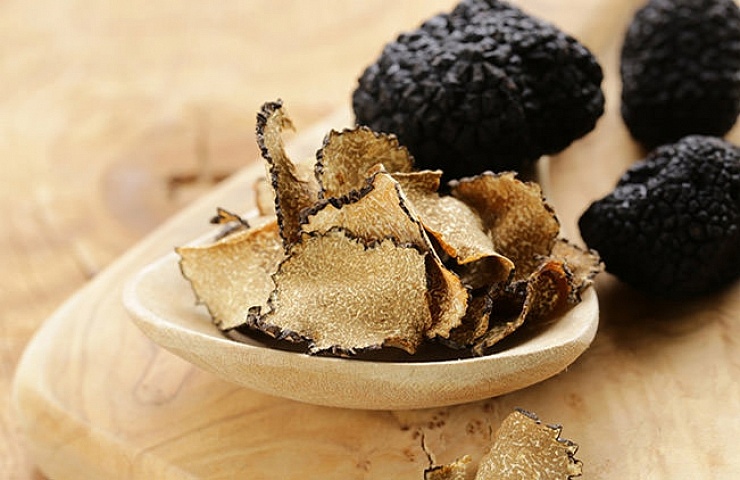 The Truffle of Bagnoli Irpino is an exquisite delight that satisfies nose and palate.

In Campania, numerous species of truffles are present, among which the most widespread and famous is the normal black Truffle or the ‘Truffle of Bagnoli Irpino’, from the name of the municipality of Irpinia where from centuries a real culture around this resource has developed. In fact, the truffle in Campania finds its more favorable natural habitat on the mountains of the Terminio Cervialto, of the Picentini, between the provinces of Avellino and Salerno, but also on the mountains that surrounds Vallo di Diano, on the Partenio and on the Faito.

More recently, other harvest areas have been individuated in High Caserta and in Benevento.

The truffle is a hypogeal mushroom, that is, it grows underground in a spontaneous way near the roots of plants and shrubs. In particular, poplars, lindens and oaks, usually situated in clay and hill lands.

For the harvest and the tasting of the black truffle, it is necessary to know some aspects:

The black truffle can be found all the year, but the harvest in the area of Bagnoli Irpino is allowed from October 1 to January 31. The research has to be made with the aid of a dog (among the most ‘expert’ races, the Lagotto and the Cocker Spaniel) and the harvest has to be handy.

The truffle can be conserved for 12 days after the harvest, but to preserve its characteristics it has to remain in a cool and dry place and is advisable to envelop it into a cloth or into blotting paper.

To clean a truffle, a small brush is used, but it is possible to take away the remaining dirt using a damp cloth, but avoiding running water.

But what are the best ways to taste the black truffle of Bagnoli? The most widespread way to eat it is cutting it raw on pasta, white meats, eggs, sprinkling it on fresh cheeses such as ricotta, or using it to make creams and aromatic oils.