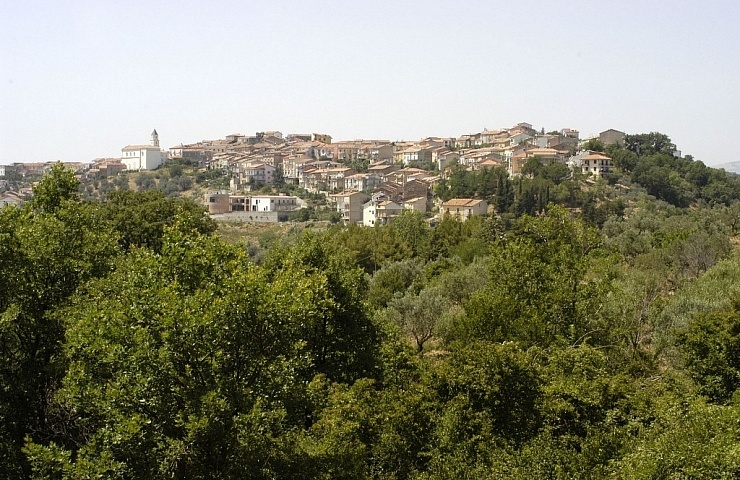 Bellosguardo in province of Salerno, formed by the union of bello (beautiful) and sguardo (look) is a painting to admire. A simple territory that inspires tasty dishes, like its bucatini ammullicati (bucatini with breadcrumbs).

Bellosguardo has an enchanting view, mild climate and healthy air. With its position, from distant times, it put into communication the Greek-Paestano, Roman and Lucanian civilizations.

In the Middle Ages, it was the second ‘Rocca’ (fortress) of the ancient Town of Fasanella. We know for sure that the valley, from the end of the V century BC, was obliged zone of passage for the trade among Posidonia, the valley of the Tanagro and the Greek colonies on the Ionian sea, through a road on which it is traced, for the most part, the current state road 166.

With the massif of the ‘Alburni’, background of the village, Bellosguardo has enchanted Virgil who has mentioned it in his ‘Georgics’. The view is completed by the Cervati Mount, a glimpse of the Amalfi Coast and, in the clear days, the ‘head of Capri’.

Bellosguardo is really a painting to admire. And it is obvious that the same place inspires the good cuisine…

You can walk the streets of the old town center, with open cellars for the tasting of typical products and dishes (Stuffed rabbit, Pork’s Sfrionzola, Bucatini ammollicati, chickpeas maritati, the Tortanetto and desserts of the rich culinary tradition of Bellosguardo), all accompanied by the warmth of music bands of Cilento.

Among the many typical products of the territory, there are the bucatini ammullicati. Its simple ingredients emphasize the traditions. To prepare this dish, in addition to the bucatini, there are anchovies, breadcrumbs, some spoons of olive oil, salt and black pepper.

The anchovies has to be desalinated and cleaned from the fishbone, put in a pan with oil to be melted. Once melted, the breadcrumbs are added and all is blended. The bucatini are the final touch: boiled and put in the sauce with the addition of pepper.

A delight all to taste in the scenery of Bellosguardo, a village that thanks to all its beauties has obtained by right this name…